Hey all! I hope this message finds you all well. It is hard to believe we are nearing the end of January. I feel like it was just yesterday I was leaving Canada after some fantastic and much needed time off.

Over the break I was able to spend a week in Colorado with my friends, Nic and his family. When I left for college I would have never expected that I would consistently be revisiting Colorado after my four years there. But I can’t stop going back now.

Next I was off to Canada for Christmas and New Years with my family! Nic was able to come up on boxing day and spend the end of break with me and my family. So great to just relax, surrounded by so much love! Man we are so lucky!

Heading back to France was really tough. So hard to leave all the support and love at home but I made it back. Unfortunately I brought the flu with me. So the first two days I was back I was in bed while the girls were hard at work. But I was on the mend quickly and started with them on Monday.

We were hitting the gym hard. The on court and weight training was amped up to get us into game mode for the second half of season. Everybody was pretty sore the whole week but we pushed each other through. Some of Leslie’s high school friends, Alyssa’s friend and Mari’s sister all visited which was so fun! We had one scrimmage that week and finished the volleyball week on Saturday. Sunday was one of the coolest days I have had here.

The Saturday before I was getting some crackers and Ginger ale at Geant (imagine my excitement when I found the ginger ale!!! And it’s Canada Dry! Does it get better??) and a man approached me in the store. My first thought was ‘Oh man! I can’t hold a conversation in French when I am in a regular state, how am I about to think in this lovely flu state?’ Then the man said ‘Excuse me’… wait that’s English! He asked me if I was Dana and introduced himself as the Pastor of a local church I had been talking to on facebook. He told me he recognized me and had to see if it was me. It made my day! He invited me to church the next day but due to my state I decided to wait until the next Sunday.

So Sunday Christophe and his wife Maria picked me up and took me to their church. I have never felt that loved walking into a new place… ever! I was showered with kisses, people welcoming me, smiles that broke every language barrier possible and people speaking English to make me feel welcome. This lovely girl Julie sat beside me and translated the whole service. It was so amazing to be so loved in a room of strangers but Gods cool like that!

If that wasn’t enough, the Lord showered me with even more blessings as they took me home for lunch. Surrounded by some of the church elders we had an amazing four course meal made by Maria. The time flew by as I tried my hardest to translate as many French words as I could and they brought me home at 4! In the car Christophe said to me, ‘Isn’t it cool to see the body of Christ all over the world?’. I responded with yes but so many more thoughts were running through my head. This family had just hosted me for a whole day… While they were running a church service. And his first thought is the unity of the body of Christ worldwide. WOW! God’s light in this man made me smile so big! I was so unbelievably encouraged by this love that God had given me through these faithful people he had placed in my path! 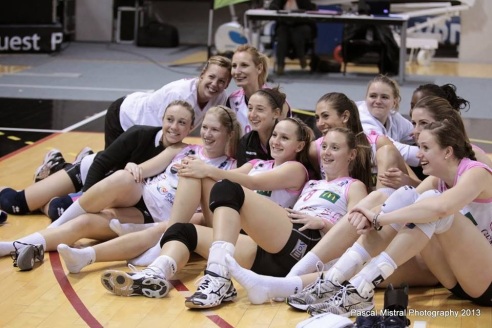 The next week was our first game week so it was full of preparation, film and a lot more practice. On Friday night our physios got us tickets to a football game in Fos, near our second practice gym. So I got to go to my first European football game! It was fun to enjoy Istres on a chilly night with friends doing something new! I also got to see a bicycle kick goal! Freaking sweet!

We had Saturday off so Mari and I started a puzzle! It is 1000 pieces and way harder than we thought. So we have that going on now!

We played Sunday at Le Cannet. We lost in 4 which was a bummer. The positive is that at points in the game we were playing some of our best volleyball which is really encouraging. Now we just need to get more consistent at that.

So we had Monday off to start the week which as great. Had some time to grab the weekly groceries and do some laundry. Tuesday Mari and I had to make a Marseille trip with Gilberto so I threw a new book in to keep me company. Crazy Love by Francis Chan! Check it out ladies and gents. Big shout out to Jaime Krack for the birthday gift!

This week I have been filled with so much joy! God is just really loving on me right now! Which is really cool. He loves me and is really letting me know it. I wake up some mornings and can’t stop smiling. The thing is we can wake up like this every morning. Jesus lets us choose His joy. It’s there every day. It never ever changes and we can always chose it! How cool is that??

When you wake up tomorrow try to think of 3 things you are thankful for. It can be anything. The bed you are laying in, the fact that you are breathing, or maybe you are getting married that day. Try to see your world with a thankful heart and see how His joy presents itself. See how He opens your eyes to all the gifts you have in your everyday life. We are so lucky to be His. 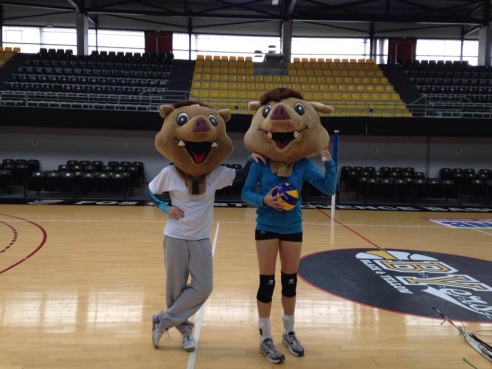 With love from France,
Dana

Dana Cranston
Features on our blog

One Response to “Dana Cranston: Showers of Joy”