Homecoming. It’s something that so many of us look forward to, especially when we’ve been away for an extended period of time. But how do we come home to a place that has inevitably changed while we were gone? How do we come home when we’re no longer the person we were when we left?

I came home to Pittsburgh for two weeks this year after having been away for 512 days. And it wasn’t until I threw myself in the arms of my best friend at the airport, relieved sobs wracking my body, that I realized just how much that time, both in terms of the number of actual days and the magnitude of the separation, had affected me. For some people, a year and a half away may be nothing. I thought I was like that. My tears proved me wrong.

Though I was happy beyond belief to be home again, it soon became apparent just how much things had changed. It’s amazing the tiny little details you forget, when once they’d been things you’d known so well that you didn’t even think of them. You forget that you have to give the front door an extra nudge so that the bolt fully catches when you lock it. You forget the security code to open the garage door. You forget the way the speakers in the car don’t handle bass so well, so your music is constantly a bit fuzzy.

And then there are things that are just as jarring, because they haven’t changed at all. The kids you went to high school with, no matter where they are now, go to the same bars when they’re home. The blemish on the kitchen table from the time you spilled nail polish remover is still there. Your dad still wears the same sweaters, even when your mum has tried to throw them away half a dozen times.

Even if the changes and the constants don’t affect you, coming home always makes you feel a little off. You feel like you’ve been “out of the loop” or while you might speak the same language as everyone, the dialect you use is just a little bit off. Because I live abroad, I’d largely been living under a rock when it came to American pop culture, especially when it comes to music. (My go-to example for this: I’ve never heard “Call Me Maybe.” Make of that what you will.) Imagine Dragons, The Lumineers, and Of Monsters and Men had been playing through my headphones for months, and I’d honestly thought I’d been ahead of the curve in my affinity for them. The first times I heard “It’s Time,” “Ho Hey,” and “Little Talks” on the radio were a bit of a rude awakening. And it went the other way, too. I lost count of the number of times a song would come on the radio and I’d stare blankly at my sisters as they sang along. I felt a bit like those stereotypical out-of-touch parents you see in sitcoms. “Is this that ‘dancing in the moonlight’ song?” I’d ask whenever “Domino” came on. And any time I did know a song, I felt like Captain America in The Avengers, surprised that I’d actually known something. (One thing I hadn’t missed about American music, though? The repetitiveness. By the time I left, my Pavlovian response to hearing the opening bars of Taylor Swift’s “I Knew You Were Trouble” was to lunge desperately for the radio to change the station.)

When you’ve been away, your timeline gets fuzzy. You can’t remember if the neighbors next to your grandparents cut down the tree in their front yard two years ago or ten years ago. You ask friends, “Are ______ and _______ still together?” only to be told that they broke up during senior year in college. Events that once stood out starkly from each other are now lumped together into one big, messy past that’s difficult to pick through.

You can’t help but reference your time away. At first, people are interested and happy to hear about your new, different life. But as time passes, you start to see their annoyance or exasperation from the constant comparisons you can’t help but make. You see a twinge of hurt when you refer to that new place of residence as “home,” rather than where you are currently. 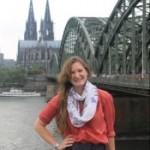 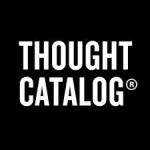 Thought Catalog
Features on our blog