One of the big downsides that I noticed after moving to Panama was that quite a bit of the media content that I was used to using like Netflix, Hulu, Pandora, and a few other websites were either blocked or did not have the same content. For example, using my same Netflix account in Panama had maybe half the content it used to have. Or if I would try to go to abc.com or nbc.com to watch the full episodes they post, the content would be blocked. This is highly annoying because I should not have to pay the same price for Netflix to get half the content.

The key reason that the content is restricted is because the internet recognizes my IP address is outside of the United States. The temporary solution I found was to use a free service like HotSpot Shield to mask the IP address on my computer. But this service sucks because it only works half the time, it has pop up ads, and it doesn’t work on Apple TV so I could only access U.S. Netflix on my computer.

After a lot of research, a few failed attempts, and hours wasted I now have a fully functioning U.S. IP address on my wireless router that let’s me access all my favorite U.S. content on any device. The World Wide Web thinks my location is in Illinois.

So whether you’re a Panamanian wanting to use U.S. Netflix, an American living in Panama or in another country, this is exactly step by step what you need to do access all your favorite U.S. content:

You should first purchase a VPN (virtual private network). This provides you with your own U.S. IP address account to use. The one I found to be the cheapest and 100% reliable was http://www.privateinternetaccess.com. It only costs $40 a year for the account, which is a great deal. Multiple people can use the same account so you can even find a friend to split the costs with. After you set up the account you will be provided with some login information to use for the VPN network.

If you have an iPhone, Android, computer, etc you can go on and start using your new IP address by entering the login information into the VPN settings on your device. Private Internet Access provides step by step instructions how to do this on their website.

This is nice start but every time you want to use it you have to activate it on your device, which gets annoying, and it doesn’t work on devices like Apple TV or Roku.

So to have a fully integrated U.S. IP address network you need to have the VPN account on your wireless router. You need to buy a special router to be able to do this which is where I messed up on my first attempt. I tried to save some money by buying an inexpensive router and then installing the software myself and this bricked the router and made it unusable.

So second time around I spent a lot more money and bought a router that is already pre loaded with the software on it to use the VPN. The company I purchased my router from is called Flash Routers and they have 5 routers to choose from that will work with the Private Internet Access VPN service. You can see the routers available HERE,

I bought the Asus RT-NT16 router for $159.95. I have never spent that much on a router before but I wanted something that would work right out of the box and I highly recommend for anyone else doing this to do the same.

The shipping was really fast (I used Miami Express to get it to Panama) and they provide step by step instructions in the box to get the VPN set up. I think my total set up time was around 10 minutes.

Everything has been working perfectly since I set it up and I’m really happy that I did it. My Apple TV, phone, computer, etc all think that I am in Illinois when I connect to my wireless network.  It’s just nice to be able to use all of the same websites and content that I was used to using back home.

Joey Bonura
Features on our site 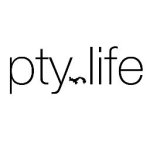