It’s been a year and a half since the Olympics in London. It’s amazing how the experience shaped and changed me as an athlete, student, and person. At the time I wasn’t able to fully comprehend or describe how immense the experience was, but now I  feel as though I can attempt to articulate my personal Olympic story. 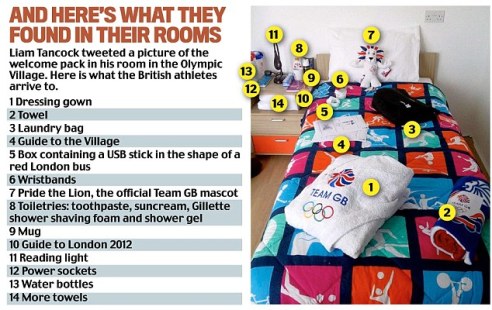 The first day entering the Olympic Village was dreamlike. It was as if I was entering a futuristic world of strikingly fit people representing their home countries in vibrant and spirited colors. As we arrived on our Team GB bus we were greeted with smiles from all ethnic and cultural backgrounds. 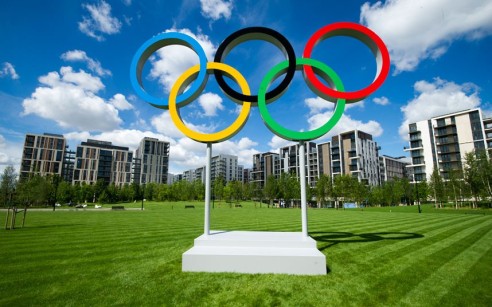 At the youthful age of 18 I wasn’t sure how to approach this whole experience. I kept reminding myself to embrace each and every moment because I knew that within the blink of an eye it would soon be over. Emotions engulfed me; I was hesitant, excited, nervous, intrigued, proud, happy, scared, energetic, and so much more. But as soon as I received my lanyard and Olympian ID it suddenly became more real. I was there for a reason. All my hard work, goal setting, tears, soreness, and determination were about to pay off.

The Olympic Village hosted thousands of athletes, all with similar goals. I have never been in a place like it; people of all ages, races, and religions living amongst each other for three weeks representing their home nations with utmost pride and honor.

The dining hall was a place where people could try foods of all nations and mingle with other athletes and coaches. Although many people did not speak the same language they exchanged greetings with simple smiles, waves, or a trade of Olympic pins. The village seemed to be in its own world; the sunniest days I’ve ever seen in London. Free vending machines, fresh fruit, parfaits, coffee, street food, and all that you could imagine was always available and at the ready. For even more casual enjoyment there was an athlete bar, titled The Globe, (with only water and soft drinks) with pool, large Jenga, Wii games, and live music. In case you needed a quick hair cut or polished nails there was a small town with a salon easily accessible. Mind the speed walkers! They raced round the spotless pavements for their daily workouts without paying any mind to the casual walkers.

After spending sometime in awe of this futuristic community, I searched for a Church to attend.My teammate Gracie and I came across a lovely Church unifying people of all nations. It brought us closer to the experience by allowing us to meet people of similar beliefs. Through discussions on Biblical verses we were able to connect with athletes of all different sports, of all different levels. Some of them had won awards previously and had told their stories, others discussed their struggles and their defeats, whilst others listened as this was their first experience. Each story brought me closer to the realm of reality, and I felt more apart of the Olympic experience. 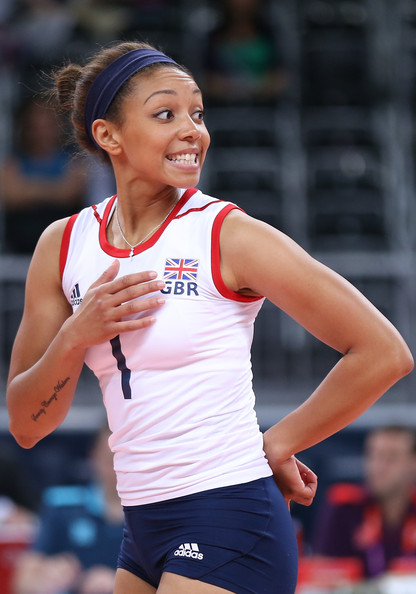 But entering the Olympic Village was no time for rest and entertainment, as we had rehearsed and promised ourselves and the team that it was time to become Olympians. We practiced endlessly, whilst also giving ourselves sufficient rest to prepare for our first game.

Although I was much younger than my teammates I haven’t felt as close to a group of individuals as I did when I was a part of the GB Volleyball Team. Through my entire summer of tryouts leading up to the Olympics, and up until this day I have cherished the relationships I built during our journey. If I needed a laugh, a bit of sarcastic relief, a music outlet, some athletic motivation, honesty, or emotional support I knew exactly where to find it. Being a part of this team allowed me to work even harder. Our practices were short but tough (sometimes we took the tube to venues to have extra practices outside the scheduled practice times), showing all of our determination to achieve our team and personal goals. Leading up to our first games was exciting and nerve-racking. I wanted a starting spot, I wanted to show myself as a young athlete, I wanted to prove myself as a volleyball player and a team mate, and I wanted to represent my country as best I could. I couldn’t express these desires to anyone at the time, and I still can’t articulate them enough to describe the determination and motivation that I was feeling. We all have moments in our lives with an opportunity to show ourselves; an ephemeral time to blossom. This was it. This was my time, my chance. 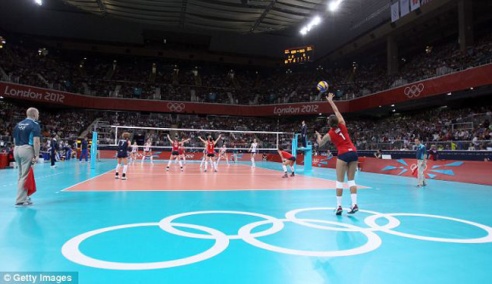 The crowd, rambunctious. Seats, endless. Lights, radiant. Team, unified. Opponent, intimidating. I was walking to the court through the corridor next to the number one volleyball player in the world, Gamova, at a terrorizing height of 6 foot 8  and with a stone face . She, one of the most well-known volleyball players in the world, and I, a young locally-known athlete with this as my first world appearance. As scary as some people think it was, knowing I had my teammates beside me, my family in the stands, tons of friends watching, and a whole country behind me I felt confident.  As the line up was called, and I was first to the court, I could feel the home support. I couldn’t help but greet the stands with smiles. The games were finally here. Before getting drilled with a  first serve (teams served at me the most being the youngest, most inexperienced player on the team) and I reminded myself, ’you have the skills, you have the talent, you have the fight, and most importantly the capability. They may be tall, but I know they can’t jump like you.’ It may sound a bit cocky, but it motivated me more than ever. Deep breathes to calm the nerves and confidence to drive the fight. I remember the games vividly, I had my first kill against this enormous offensive-line across the net.

Five Olympic games and we were done. Those five games and what we had dreamed of doing our whole lives was over. Precious moments that will never be forgotten. I am grateful to have been given the opportunity to experience the Olympics, and I crave to have another shot at it. Although I wish I could have done more, I am still proud of my 18 year old accomplishment.

There is so much more I could share. Even though it was only three weeks I have a lifetime of stories I could tell. Leaving the Olympics in the final ceremony and celebrating with Team GB as a whole, made life clearer. I crave the feelings of achieving unimaginable goals. I desire to be on teams that feel more like families than acquaintances and to feel endless support. So today, as I aim for my next target I take with me the lessons I have learned from my Olympic experience; work towards a goal and never give up, be unifying, with a group you can do more, be accepting, be positive, and be confident. Although I felt a touch of post-Olympic depression, now I see my Journey doesn’t stop there. 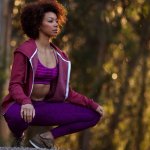